A guest article by
Bonn Juego

In the past 15 years, “the private turn” in international development cooperation framework has become more evident. This shift in foreign policy is essentially characterized by a change in strategy from the old state-to-state relations centered on the giving and receiving of aid to the new economic diplomacy focused on the development of private sector business activities.

The implications of this emergent phenomenon for both development theory and practice are however understudied in (Nordic) development research, and no comparative studies have been undertaken. Such study is important in terms of: (i) the past, present, and future of North-South development cooperation; (ii) feasible development strategies for both developed and developing countries; and (iii) the processes of development and democratization in what used to be known as the “Third World” with durable authoritarian political regimes.

Since the beginning of the 21st century, and even during the Atlantic’s Great Recession of 2008 that led to a prolonged economic crises in Europe, the Nordic region—comprising of the governments of Sweden, Norway, Denmark, and Finland—have remained top donor countries, while many of their partner economies in Asia have become the world’s new growth areas.

Contemporary Nordic-Asia development relations have not yet been thoroughly studied despite the fact that strategic engagements with Asia’s fast emerging economies are central to the official discourse and actual policy framework today of Nordic governments, as well as the OECD and other multilateral institutions. At the heart of this foreign policy re-strategizing is the crucial role assigned to the private sector as the driving force of development cooperation to pursue market-based solutions such as the promotion of entrepreneurship and the expansion of business operations to address poverty and other developmental problems. 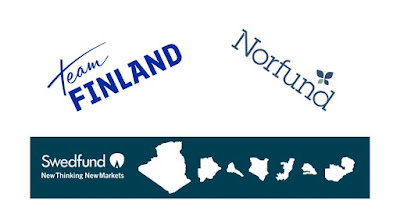 The government of Finland, for instance, has formed “Team Finland” as a crucial institution to embody and implement the country’s emergent framework of private sector-oriented development cooperation. Team Finland is the network of state-funded organizations and programmes, including embassies and other funding agencies, with the mission to promote, support, or fund the internationalization of Finnish companies, enterprises, and investments even in high risk markets in many parts of the developing world. In addition to the trade, investments, and commercial sections of the Finnish missions in the world, four main agencies and programmes compose Team Finland, namely:

2. Finpro, a public organization helping Finnish companies, especially small-and-medium enterprises, to enter the international market, as well as to attract tourism and foreign investments to Finland, through its Growth Programs;

3. Finnvera, a specialized funding company whose specific mandate as Finland’s Export Credit Agency is to provide guarantees against political and commercial risks associated with Finnish export; and

The same private enterprise-oriented development institutions and policy instruments are in operation in the other Nordic countries. Sweden has the Swedfund and Swedpartnership to facilitate the programme for private sector development. Denmark has the Danish Trade Council, the Investment Fund for Developing Countries, and the Export Credit Agency in line with their new foreign policy re-focusing on economic diplomacy that targets growth areas in today’s global economy. And Norway has Norfund, the Norwegian Investment Fund for Developing Countries, as their anti-poverty development finance institution funding private sector development programmes and other commercial activities for poor countries. 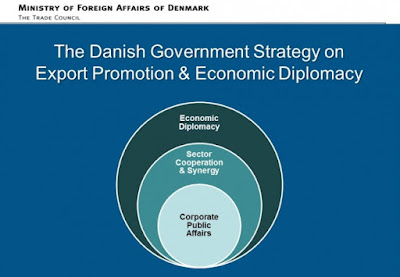 Historically, the role of the private sector in development cooperation has always been there since the United Nations’ First Development Decade of the 1960s. This began when developed countries committed to transfer one per cent (1%) of their gross domestic product (GDP) to achieve the five per cent (5%) GDP growth target for developing countries. The prescribed formula of one per cent of GDP as an indicator of a successful net positive transfer of real resources from developed to developing countries should have been 0.7% of official development assistance (ODA) from donor governments plus 0.3% flows from the private sector.

However, during the five consecutive development decades, private flows have prevailed over donor government’s ODA whereby resource flows from rich to poor countries are subject to private incentives, rather than to development needs. Importantly, between 80 and 90 per cent of donor countries’ development finance, notably the development assistance budget of Nordic governments, are actually invested in the World Bank Group, Regional/Multilateral Development Banks, and other international development finance institutions together with other finance capital from private lenders and commercial banks that are loaned to developing countries.

What can also be observed in Nordic foreign policy nowadays is the geographical re-focusing of development cooperation partnerships with the economic growth areas of Asia, particularly with “rising China” and the emerging economies of Southeast Asia. Take, for example, the “China Action Plan” in 2010 of the Ministry for Foreign Affairs of Finland which identifies start-up and expansion opportunities for investors from both partner countries to do business in their respective economies. 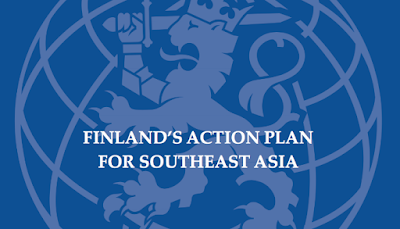 In 2015, “Finland’s Action Plan for Southeast Asia” was released which, notably, provides a detailed characterization of the politics and economies of the Southeast Asian countries Brunei, the Philippines, Indonesia, East Timor, Cambodia, Laos, Malaysia, Myanmar, Singapore, Thailand, and Vietnam, and their regional bloc ASEAN (the Association of Southeast Asian Nations). It also maps out Finland’s partnership priorities in each of these ASEAN member countries, including East Timor. This method of doing “political economy analysis” of the different types of socio-economic regimes of each of their (prospective) cooperation partners is telling of the shape to come in Finnish—and Nordic—international development strategy and policy.

Political economy analysis—which takes into account issues related to structural factors, institutions, stakeholder power constellation—now complements the established “technical and economic analysis of feasible solutions” in the planning, implementation, and management of development projects. While political economy analysis is still at its infancy in development policy advice, it will soon prove to be necessary and effective for the future of development studies and practice. Studies on contemporary Nordic-Asia development cooperation will have to test this new approach vis-à-vis empirical realities on the ground so as to re-articulate an analytical framework that could better guide development research and policy advice.

An important phenomenon integral to the Nordic’s private turn in development cooperation is the impact of the policy choices of their governments and the business strategies of the state-supported business enterprises on one of the fundamental objectives of their international development policy ideals: the promotion of democratic values which, at a minimum, means the establishment of the rule of law, respect for human rights, and good governance. The Nordic countries’ priority partners in East and Southeast Asia—specifically, China, Myanmar, and Vietnam—are generally characterized as authoritarian, undemocratic, or non-democratic regimes.

An Agenda for Development Research

In empirical terms, it would be both topical and significant for development research on contemporary Nordic-Asia cooperation to investigate: To what extent are Nordic governments’ policy choices and business strategies informed by a political economy analysis of each of their development partner countries in East and Southeast Asia? This also means asking in theoretical terms the questions: What are the implications of private sector-oriented development cooperation for the agenda of democratization? Is there any correlation between political objectives and economic agenda in contemporary development cooperation?

A couple of main research objectives will have to be pursued in studying this phenomenon of the private turn in Nordic-Asia development cooperation. The first is that it will identify risks, contradictions, and complementarities in doing business in these so-called non-democratic regimes vis-à-vis the motives behind the policy choices made by Nordic governments and the strategies conceived by their supported private enterprises. And the second is to determine the extent and logic of development cooperation between Nordic democratic regimes and a variety of largely non-democratic regimes in parts of Asia, and their implications for democratization processes and the evolution of the global economy.

Preliminary observation suggests that the private turn, or the private enterprise-oriented development framework, encourages the economic imperatives for entrepreneurship and investments to take precedence over the political agenda for democracy promotion. As a result, Nordic business interests can be made, or are being made, to operate even within the context of non-democratic political regimes in parts of East and Southeast Asia.


Bonn Juego is Postdoctoral Researcher specializing in political economy and development studies at the University of Jyväskylä, where he is also part of the core teaching staff of the Master’s Programme in Development and International Cooperation. In the autumn of 2016, he is based in Denmark as Guest Researcher at the Nordic Institute of Asian Studies, Department of Political Science, University of Copenhagen working on a project for a Nordic-wide research consortium on the political economy of contemporary Nordic-Asia development relations.